NetEnt is now making a concerted push on the affiliate front following a beta launch last year. Jo Christie assesses if the games developer presents a realistic threat to affiliates. 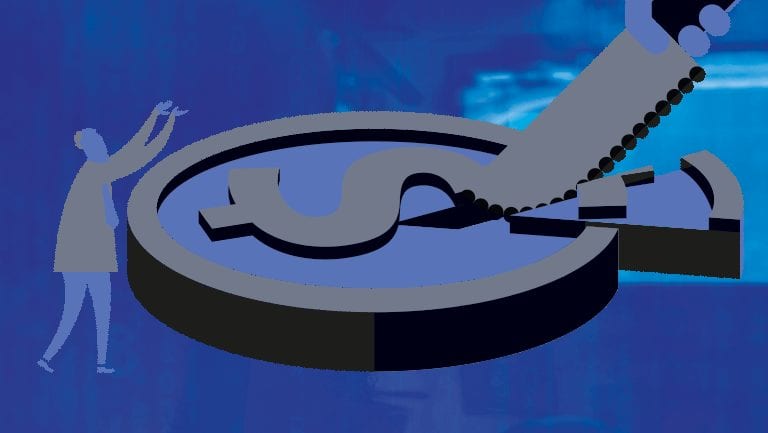 NetEnt is now making a concerted push on the affiliate front following a beta launch last year. Jo Christie assesses if the games developer presents a realistic threat to affiliates.

When NetEnt announced it was moving into affiliation with the launch of a beta affiliate portal back in September, there was mixed reaction from affiliates. In a forum post on AffiliateGuardDog, some accused the games supplier of ‘double dipping’, while others were unfazed by the move, apparently not considering it serious competition.

Fast forward to the beginning of this year and NetEnt has been making a more concerted push with the site, promoting it at ICE and making public a desire to get more operators on board.

But is the games developer a real threat to affiliates? Not really, if those we spoke to are anything to go by. “Having another well-resourced competitor is rarely a good thing but the simple truth is that many operators have been running their own affiliate sites for years. I don’t see it making a great deal of difference if software providers join in the fray, though this may make far more of a difference to affiliates that target slots games as their main USP,” says Duncan Garvie, manager at affiliate and player complaint site The Pogg.

“There is no question that it will be tough to outrank sites being run by the software provider for its own games.”

Garvey says this has sometimes led to bad practices among affiliates. “With the skulduggery that some affiliates have engaged in – posting garbage content before accurate information has been released simply to give themselves a ranking advantage – a software provider such as NetEnt likely feels that efforts to stop factually inaccurate information about their games being distributed (or gaining widespread coverage) is a worthwhile endeavour.”

SlotCatalog co-founder Johannes Klasson agrees. “It will drive them to make better information and produce better accessibility of the information available to the players about each game,” he says. However, the issue surrounding lack of information has largely been solved following the launch of TAG Media’s First Look Games last year, says Ian Sims, founder of affiliate compliance tool Rightlander. First Look is a platform that connects game developers with affiliates to make sure they get game information as soon as, or even before, games are launched, and so far it’s been extremely popular with affiliates. It signed up more than 180 affiliates in its first month alone.

“If you’re an affiliate you go to First Look because you get everything there in one place,” says Sims. “It makes much more sense. An affiliate is not going to go to every developer to get their stuff, they want to go to one place.”

Sims sees NetEnt’s move as more likely to be financially motivated. “NetEnt didn’t have a great year. When you’ve got a company that does that they are always looking at how they can bring things back in line with expectations.”

Klasson agrees: “I think NetEnt discovered that affiliation might be an additional revenue stream for them.”

But there are questions about how successful NetEnt will be as an affiliate. With the affiliate landscape moving beyond bonuses and offers, it’s hard to see how a site promoting only one supplier will add the type of value players are now looking for.

And although thus far it has largely been sports betting affiliates that have led the charge in terms of product-driven features such as widgets and betslips, casino affiliates are making greater moves into the space as well.

Review-driven and community-focused sites have always been popular among casino players, and data-driven sites such as SlotCatalog are also gaining traction among the casino community. However, it’s difficult to see how NetEnt could provide much in the way of either.

“I think there is a limit to what NetEnt can achieve as an affiliate. From a player perspective players tend to look for affiliates to be ‘value add’ now,” says Sims.

“There is still an opportunity for an affiliate to put up offers and bonuses and get traffic, and if NetEnt is negotiating specific bonuses and deals that are unique to them, they would potentially get some traction out of that. But if they are just saying that this operator has this bonus and these games I don’t think affiliates will see it as much of a threat.”

Garvey says he has concerns over how content will be presented by games suppliers. “The only real quibble I could raise with this practice would be if the content were to be represented as an impartial review rather than an advertorial put together by the game manufacturers.”

This potential for a conflict of interest is something that was raised by some of the affiliates commenting on forums when the news was first announced, with mixed views about whether one existed or not.

That said, the idea of presenting something as impartial when it really isn’t, is a charge that could just as easily be levelled at many affiliates, given the purpose of their reviews and other content is to make money by directing traffic to sites that pay them.

And, of course, NetEnt isn’t the first supplier to move into the affiliate territory. Yggdrasil owner Cherry Gaming, also an operator, has been active in the affiliate space for some years and has obviously found success with the venture, having increased its stake in Game Lounge to 100% last year.

NetEnt may not be the last either as Sims predicts others could follow, though he’s less sure they should. “I’d be surprised if other games companies didn’t do it because why wouldn’t you? If you know you can manage it properly and the risk to the business is minimal then why not give it a go? But whether they can improve their bottom line by much, I’d be a bit surprised if I’m honest with you.”