The potential of blockchain for the industry has been talked up for several years now, and Oron Barber believes this is the year it finally delivers on its promise to decentralise and disrupt igaming. Here he maps out some of the use cases and companies that could impact the sector in 2020 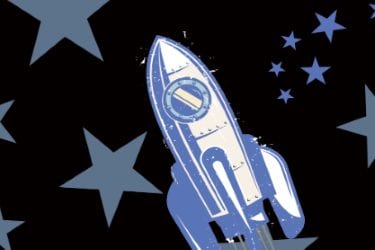 There are numerous articles and videos explaining how blockchain, one of the most disruptive technologies in decades, can completely transform the world. However, because few include real examples of how this is done, it can be difficult for the less tech-savvy among us to fully understand what blockchain is all about. Ten years might not be a big number to some but at CoinPoint, the last decade has proved invaluable. We’ve spent the time educating ourselves about blockchain and studying its groundbreaking qualities. But 10 years is just a number and numbers don’t equal value for us. Value is seeing how people get educated and excited about cryptocurrencies and blockchain. Our goal is to connect with people in and out of the industry who are willing to learn.

All sectors can benefit from blockchain, especially when it comes to security and transparency. Life in the 21st century can be challenging as technology continues to develop, since nothing on the web is actually ‘ours’ and our online activity is constantly monitored. So let’s look at some of the opportunities that lie ahead on the path to a more decentralised way of existing online.

Blockchain can be easily applied to affiliate marketing, especially when it comes to tracking and fraud detection. This means tracking the location of clicks and whether it’s robots doing the clicking or actual people. Webmasters normally place a tracking pixel next to the referral links, so advertisers know which publishers are connected to their customers and payouts can be made accordingly. Communication between publishers and advertisers can sometimes be rigged through demand and supply-side platforms, which help advertisers and publishers discuss their prices, sales and more. The drawback is that this information is stored on servers that are vulnerable to errors and hacking attacks, as well as being liable to crash. There’s no such problem when blockchain is used, however, as the information is stored on all computers in the network that communicate with each other. As a further layer of security, you can use smart contracts (featuring the unique ID of the visitor and timestamped with the activity) to make sure that all tracking is 100% accurate and fraud is avoided. Some examples of blockchain affiliate networks are Blockverse, Attrace, Bitcomo, Reftoken and AffiliateCoin.

Data is usually stored in a centralised system governed by third parties. This data sharing goes through KYC providers who share the client data with companies that need access to it. These KYC systems are normally used in sectors such as banking and finance, which need verification in order to access sensitive financial data. Blockchain solutions can handle these sorts of processes, as the data goes on the decentralised network and can be accessed from third parties directly without any permissions. Blockchain-based KYC can also keep data more secure and can be accessed after permission is granted by an authority. Non-permission access can be minimised and users can fully control their own data. Examples of these systems include Hooyu, Civic, Appii.io and many others.

Blockchain introduces a new generation of storage which offers more privacy and security as decentralised storage is much harder to hack than ‘normal’ storage. All of the information is spread among the nodes, which enables everyone to view it. ‘Sharding’ is the term used for nodespreading the data that is secured throughout the keys. Markets award tokens for mining, which can be spent on storage. Some excess storage can also be sold. The risk of losing files is also minimised because all information is duplicated and stored multiple times.

Gaming operators can really benefit from blockchain, since players can not only enjoy a whole different variety of provably fair games but can also deposit and withdrawal using e-wallets. This way, cryptocurrencies are introduced into the gaming community and players can enjoy a variety of payment options to choose from. Igaming benefits hugely from blockchain, as the use of smart contracts means transactions can bypass middlemen and the proceeds go directly to the players. Game operator Peergame is one of the most famous faces on the BSV blockchain and offers four games – one lottery-based game and three betting ones. Its motto is “Play games with no hassles” and that is exactly what the website delivers. The games offer instant payouts and, of course, they are provably fair because of the blockchain on which they are built. The BSV Blockchain is huge – at the time of writing it held 341,429,524 transactions, a number that dwarves many of its rivals.

Esports is a huge and growing industry blessed with a lot of enthusiasts who participate in tournaments, showcase their gameplay on streaming platforms – and in some cases earn serious money. Blockchain can provide a host of opportunities in esports that can solve various issues, such as lack of transparency or creating entire ecosystems with digital gaming assets for trading. Esports tournaments can sometimes be the subject of fraud – but not where blockchain is concerned. The technology provides a secure environment for players to enjoy themselves, safe in the knowledge that results cannot be manipulated. Results go on a decentralised ledger and smart contracts take care of the rewards. One example of a company benefitting from this is Bountie, a start-up that uses blockchain to host tournaments. Meanwhile, when it comes to game item trading, blockchain-based systems can use non-fungible tokens (a one-of-a-kind token that is not interchangeable). Virtual economies can use blockchain for trusted transactions and protect tournaments against cheating. These economies date back to when World of Warcraft used coins for completing quests. Enabling in-game purchases with crypto, fee-free and with superfast transactions, is one of the core superpowers of blockchain. A fantastic example for these qualities is the game platform CryptoFights, a skill-based game powered by Kronoverse. Collectibles in the game are minted using Enjin Coin, and transactions involving digital objects are on the Ethereum blockchain. The fights are done via the BSV blockchain. You’ll be aware by now that blockchain is also used for betting, as Ethereum-based platforms use smart contracts for esports betting. One such example is Unikrn, which allows betting with its crypto UKG. The first pro tournament to allow crypto payouts was United Masters League, a Counter-Strike: Global Offensive tournament.

Game developers can explore endless opportunities with blockchain, as platforms such as Xaya emerge and create myriad possibilities for game integration within them. Other examples of such platforms are Enjin and Loom Network. On Enjin game developers can create, integrate and scale tokenised game digital assets. These sorts of platforms can provide more partnerships and utility for in-game items. On the Loom Network, developers can create distributed apps (dApps) without any crypto wallet software. Their integration with Ethereum helps those developers that already have games on Ethereum to port them.

Land-based is the oldest form of gambling. As tried and trusted as the activity is, there are some aspects to the vertical that can be improved by using blockchain. For example, the ability to store all betting history and have all slot machines connected could herald a future of provably fair land-based gambling. Bitboss is leading the charge when it comes to slot machines and blockchain. It hopes to transform the world of slots and other electronic games found in casinos with Bridge, a new hardware product from the company. Bitboss’ owner Matthew Dickson is understandably bullish about its prospects. “Using [Bridge] we can then rout cryptocurrency, whether it’s a token or actual cryptocurrency, whatever the casino would choose, on and off the slot machine,” he says. “And it replaces the traditional tickets that you print out when you want to cash out of a slot machine.”

Blockchain gaming is a universe of different ecosystems that connects players and blockchain supporters together. This universe provides top-notch technology, highly skilled experts and countless opportunities to make business better. To become part of this exciting future, everyone should take time to educate themselves about this thoroughly modern technology. The future is here and it’s becoming more decentralised with every passing second.