Licensing GB affiliates would likely only benefit the largest publishers and force small but great sites out of the market, argues Thomas Jones, while Fintan Costello makes the case for why the sector would benefit  from a regulatory framework 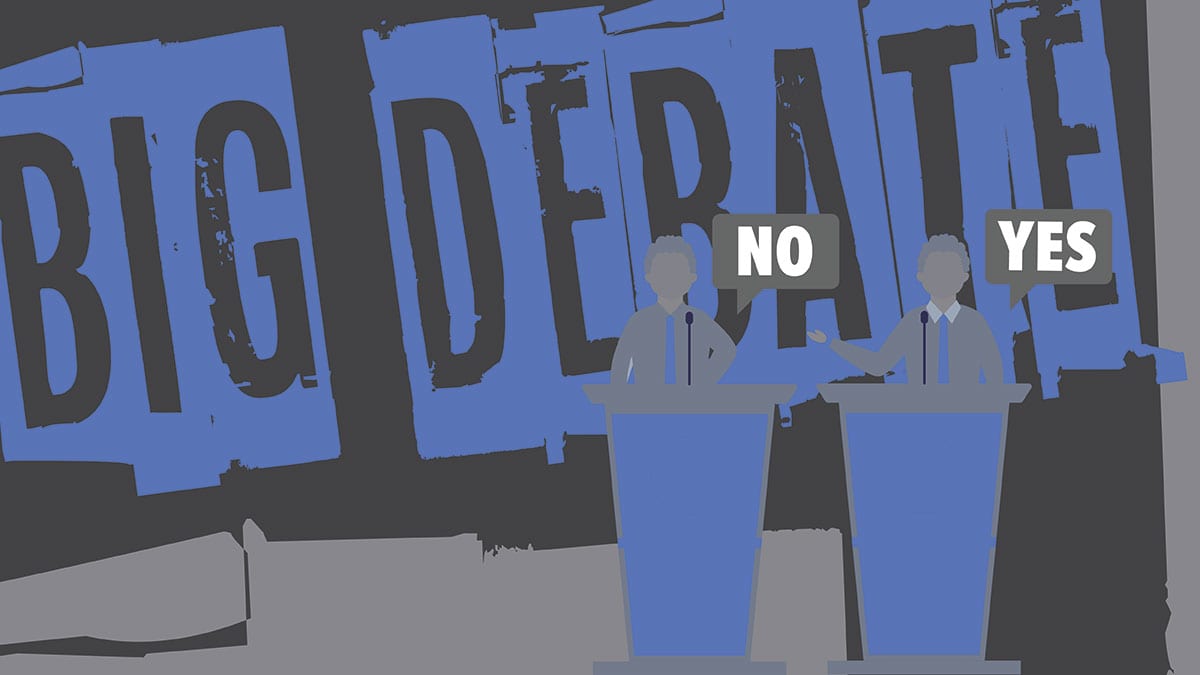 The Responsible Affiliates in Gambling (RAiG) trade association’s announcement that it supports the introduction of a registration and licensing regime for affiliates in Great Britain has absolutely divided the online gambling affiliate community. RAiG and its members – some of the largest affiliate marketing organisations in the industry – argue that requiring affiliates to register and obtain a licence would ultimately provide peace of mind to players and ensure they are properly protected. While this is something that all reputable affiliates support, the method of licensing affiliates is not necessarily the best way of achieving this. For a start, it would benefit the large publishers that make up the bulk of RAiG’s membership while putting smaller affiliates at a disadvantage. The likes of Better Collective and Natural Intelligence have substantial resources and funds at their disposal and in some cases have already been through the licensing process in other markets such as the US. Small affiliates and one-man bands are in a very different position. That’s not to say affiliates do not need to do more to ensure they are marketing to players responsibly, because they do. I just don’t believe that registering and licensing publishers will benefit the industry or, more importantly, the players. I have outlined some of the reasons why here.

IT FORCES GREAT AFFILIATES OUT OF THE MARKET

While the business of affiliation is often seen as lucrative, in reality it is a hard slog and successful affiliates, be they big player or niche publisher, invest substantial resources into their sites. To build a site, populate it with quality content, tweak the design and host, maintain and support the domain runs into thousands of pounds a year. Add to that the potential cost of licensing – licence fee, legal fees, etc – and it could be enough to force small but great affiliates out of the market. Just because a site’s traffic figures are lower than some of the bigger sites does not mean that site is not meeting higher responsible gambling and marketing standards.

IT FAVOURS THOSE WITH SUBSTANTIAL RESOURCES

Building on my previous point, introducing affiliate licensing would clearly benefit those with substantial resources who have the funds and staff at hand to assist with the process. The GB affiliate space is already fiercely competitive, especially for start-ups and small publishers, and I fear that licensing would hand yet more of an advantage to more established companies. Ultimately, this does not benefit players and neither does it offer them greater protection – some of the newer sites are the ones setting the standards when it comes to responsible gambling and safe games. And while licensing will certainly ensure everyone is working to the same standards, I believe that larger organisations would be the ones to benefit most. Consider for a minute how the Gambling Commission would decide who to investigate first; would it be an independent site such as ours or one of Better Collective’s most popular brands?

RAiG’s suggestion that the Gambling Commission should be tasked with licensing affiliates would put the regulator under even greater pressure at a time when it is already being accused of not being fit for purpose. Surely the main focus for the regulator should be on ensuring that all of its licensees are meeting the standards it requires of them (though given the number of fines handed out recently it could be argued this is not the case) before asking it to take on more responsibility. I also believe it is the responsibility of operators to work with affiliates to ensure compliance and not put that burden solely on publishers, something that licensing would undoubtedly do. The regulator would then also be responsible for monitoring and fining any affiliates that breach requirements, again putting increased pressure on the Gambling Commission.

PLAYERS COULD BE PUSHED TO THE BLACK MARKET

One area where I do agree with RAiG is that affiliates play a key role in ensuring that players are channelled towards licensed operators and not to offshore brands. But requiring publishers to obtain a licence puts this entirely at risk. If an affiliate deems the GB market to be too tightly regulated, and the cost of securing a licence too great, they will likely start to work in other less regulated markets, potentially with unlicensed brands. This in turn means players lose a vital resource for finding reputable brands and, worse, may opt to play at offshore sites. I do believe that affiliates could and should be doing more when it comes to responsible gambling, safe gaming and compliant marketing, but I don’t think requiring them to register and obtain a licence is the way to go about it. Ultimately, this can be achieved by operators and publishers working more closely together and by prioritising player protections over profits or anything else. The highly competitive nature of the market is already making this happen and I believe that given a bit more time, it will lead to the levels of confidence and protection that licensing would bring.

There is no hiding from the fact that we are seeing a new wave of regulation across the globe with numerous jurisdictions looking to regulate online gambling, including large parts of the US and Latin America, and Europe’s largest economy, Germany. At the same time, established markets such as Great Britain and Sweden are in the process of updating existing legislation and fast-tracking further restrictions on the industry. Many areas of the industry have already adjusted to this approach with operators and suppliers bolstering compliance teams ahead of, or in response to, tougher licensing, advertising restrictions and stricter player protection measures. However, one sector that has not had to invest in compliance or licensing (except for publicly traded entities), is affiliates. In general terms, we have largely had a free rein since the first bedroom pioneers realised traffic could be monetised, no matter where in the world it came from. Two decades later and the momentum has firmly shifted from dot.com to dot.country, combined with a push for increased standards and an emphasis on player safety and responsible gaming, drastically changing the landscape and ensuring that almost every licensed facet of the industry is liable and responsible for its actions. Until recently, we have not faced any such obligations. However, with more countries such as the US opting to licence affiliates and others such as Great Britain now floating the idea, there is a growing consensus that this is an inevitable path for the sector. The devil will naturally be in the detail, but in principle the advantages are clear and large swathes of our community are in favour. We can vouch for this first-hand having been through the US licensing process in five states, successfully securing them all. We also joined Responsible Affiliates in Gambling (RAiG) recently. RAiG’s aim is to foster wider initiatives in the GB affiliate sector to promote social responsibility and create a safer gambling environment for consumers. This messaging is vital and fully aligned with the drive for change being seen across many of the world’s most important regulated markets. You only have to read the detail of the recent APPG and House of Lords reports to see that several measures will soon be in place to ensure players are further protected.

Many of us have already been voluntarily self-regulating. But to standardise and further professionalise our sector, many affiliates, ourselves included, feel that the right – and arguably the only – way to achieve this, is for minimum requirements to be set out and implemented by a form of licensing or registration process. Some will be concerned that licensing will bring further upfront costs and longer-term investment or require onerous amounts of time-consuming paperwork and additional resources. However, as RAiG suggests, this approach is designed to simply supplement an already extensive range of regulations. Moreover, such a system need not be expensive nor burdensome. You only have to look to the GB Gambling Commission’s direct licensing of third-party suppliers, the provision of approved lists of Alternative Dispute Resolution providers and software testing houses to see the successes this has had. The more registered, vetted and licensed businesses within a market, be they brands, content aggregators or casino comparison sites, the more transparent, visible and safer the jurisdiction for authorities and players. Combine this with common sense regulation and you have a proven model. And for those that fear bureaucracy, anyone who has signed up for an affiliate programme in the UK will know this is very much like applying for a licence, with information required on the company, its ultimate beneficiary or UBO and marketing channels, among other details. If affiliates are licensed, we are both responsible and liable for our actions, but equally firmly, in control of our own destiny with certifiable proof that our products and services are fully compliant – the best of the best. The positive knock-on effects are also evident. We are responsible, trusted suppliers, recommended by our peers. We generate increased regulated revenues and are accepted further into mainstream business as we’ve seen other affiliate groups do in the last few years, while our standards and reputation as a community continue to improve and grow in line with other licensed gaming stakeholders. The positive impact of licensing doesn’t end there with the burden on operator partners also considerably lowering. Today, operator compliance teams are in overdrive. If they aren’t busy shutting down the affiliate channel, they are micromanaging all the content published on their sites and dictating extensive, requirements (which often conflict with other operators). Partnering with a licensed affiliate would eliminate any of these scenarios, ensuring they work with trusted sources who are held to every T and every C within an affiliate licence and regulatory regime.

These are early days in discussions on affiliate licensing, but we strongly feel the time is right. Our area of the industry has operated independently for too long, without consistent standards and regulatory oversight, and it is vital we are as accountable, responsible and as valued as our partners. Clive Hawkswood, chairman of RAiG, rightly says “the aim must be to work with all stakeholders to ensure that any provisions (around licensing) are proportionate and, most important of all, effective in improving safeguards for consumers”. By licensing and using one voice under associations such as RAiG, and by sharing insights, experiences and data across all elements and areas of expertise, we can alter the course of our future. For the better. This change in mindset won’t be easy for some, but we are convinced that those who don’t adjust, who are resistant to change, or who continue to operate in the shadows of black markets will rapidly fade from view.