Trustly is looking to boost conversion rates for operators by deploying an in-banner variant of its Pay N Play solution on affiliate sites. Robin Harrison examines whether the solution that has proved so successful in the Nordics will provide a viable way to improve customer onboarding, or whether it’s just another form of pop-up ad. 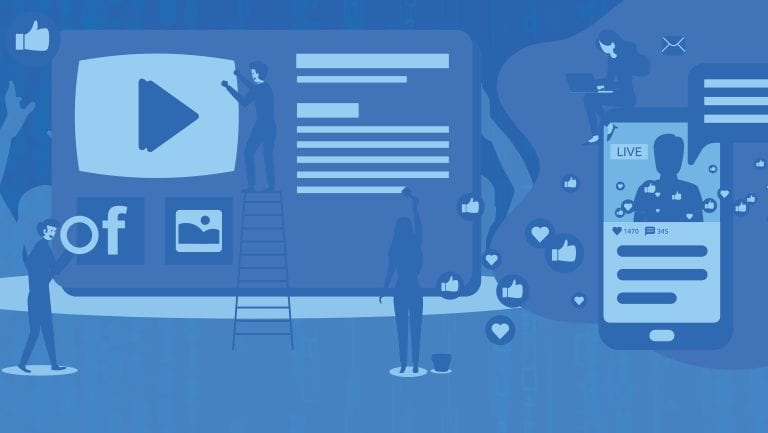 Trustly is looking to boost conversion rates for operators by deploying an in-banner variant of its Pay N Play solution on affiliate sites. Robin Harrison examines whether the solution that has proved so successful in the Nordics will provide a viable way to improve customer onboarding, or whether it’s just another form of pop-up ad.

Alongside the opportunities created by Sweden’s regulation of online gaming come new problems. For affiliates, this centres around the restrictions on bonus offers. With operators only permitted to give players one bonus, upon sign-up, those driving traffic to the country’s newly licensed igaming sites have lost a major weapon in the fight to convert site visitors into paying customers.

Trustly, however, believes that a new variant of its Pay N Play solution can help affiliates remain relevant and even become more important to operator partners. The payment solutions provider has launched In-Banner Pay N Play, which takes the rapid onboarding solution and packages it into a site banner.

Pay N Play works by simultaneously completing the customer registration alongside the depositing process. The user makes a deposit from their online bank account via Trustly.

This then captures the know your customer data from the user’s bank and uses this to verify their identity and complete their registration. This means the player is fully registered as soon as they start playing, rather than pushing the ID verification requirement back to the withdrawal stage, as some countries’ regulations permit.

The solution has been promoted by some operators as “no-account” casino play – something that is being phased out due to resistance from Trustly and regulators – with some companies even developing new, stripped-back brands around the concept.

It is now being extended to the affiliate space via the in-banner variant. This incorporates an iframe into the banner, into which an operator’s URL is embedded. Visitors can then click on the banner, which expands into an iframe of the operator’s site, deposit via Trustly and then be redirected to the site to play.

solution. As the operator’s site appears as an overlay on the affiliate page, he says, companies could even offer casino games or bets via the banner.

Lekovic argues that this tackles two key issues. From the operator side, they can provide affiliate partners with a way of boosting conversion rates, which can have a knock-on effect on cost per acquisition. Affiliates, meanwhile, effectively become more relevant to operators as a ‘host’ for some of their betting and gaming products, making their sites more valuable to their partners.

However, it’s currently hard to gauge what impact In-Banner Pay N Play will have. To date, only a minimum viable product implementation has been carried out, via a partnership between Bethard and Raketech.

“I wouldn’t call [this] a successful implementation, as it was for a pop-up, rather than an overlay, page,” Lekovic says. “When the user clicked on the banner, it just generated a pop-up [of the operator’s site].”

Lekovic admits that pop-up windows are seen as an annoyance for users and swiftly closed – if they aren’t immediately stopped by ad-blocking software – which has prompted additional work on the iframe solution.

He expects the full-service version of In-Banner Pay N Play to go live in the coming months, with several operators already set to launch the solution when it becomes available. Despite admitting that the re-regulation of the Swedish market, and progress towards a licensing framework for igaming in the Netherlands, had diverted operators’ attention, Lekovic says there is still huge interest in the inbanner product.

“In-Banner Pay N Play completely opens up a new way of acquiring players; you will be able to target players that you would not normally acquire, such as casual users that won’t want to register on a gaming site,” he says.

It could even extend beyond igaming affiliates and be used on traditional media sites, he suggests. This way, users that would otherwise be unlikely to sign up for an igaming account through traditional channels may be enticed by odds or the opportunity of trying out a new game. Alternative takes on the same approach have already been tested by marketing service providers such as Fresh8, which offers a solution that integrates betting odds into media sites, redirecting customers to an operator’s site from news pages.

Furthermore, In-Banner Pay N Play removes a key issue emerging for operators using the standard Pay N Play solution. With regulators far from accepting of operators promoting a product as no-registration or no-account, there is significant uncertainty about how to market the solution to consumers. While ease of use may be an advantage, it is hardly something to centre an entire advertising campaign around, especially in mature markets.

Affiliates, by offering the in-banner solution alongside relevant content, could act as a proof of concept of how effective and frictionless Pay N Play can be. However, the entire Pay N Play concept is currently heavily dependent on electronic citizens’ registries in its core markets, using Sweden’s Statens personaddressregister (SPAR) or Denmark’s Centrale Personregister (CPR) to check customer identity. Markets such as the UK, the Netherlands or Germany do not have this sort of centralised registry, removing a key element of the KYC solution that has proved so effective in the Nordic region.

Global Gaming chief marketing officer Morten Madsen admits that from an operator’s perspective, this could impact the effectiveness of Pay N Play.

“If we solely focused on Pay N Play, it could limit our future growth, but for us it’s obviously [a product] we have been using to support us in our current markets,”

Madsen says. “In practice, we see it as a tool we can use to onboard customers quickly. If this solution is not there in a market we’re interested in, we’ll find an alternative and great solution to player onboarding and payment processing.”

Lekovic, on the other hand, insists that Pay N Play’s success does not hinge on the existence of a national database: “There are similar sources of information [to the national registries] in different territories,” he says. “How Trustly collects the necessary data is partially from the bank, and we’re combining this with the third party provider data.

“So this could be SPAR or CPR. But this could also be provided by third-party companies, KYC providers, in markets such as the Netherlands or Germany,” he says. “Integration with these companies is an ongoing process that will help us enhance our product.”

This leaves a big question mark over the future of the solution: if it can be made to work as effectively as it has in Nordic markets in other territories, it could provide a useful tool for affiliates. With no other, similar solutions available, Trustly has firstmover advantage; it now needs to use that to prove it’s much more than a marketspecific solution.