Bookmakersrating.ru has thrived, and it now a leading affiliate portal, serving the Russian market, generating $1.5m in annual revenues. We spoke with Paruyr to discuss the wider iGaming market in Russia. 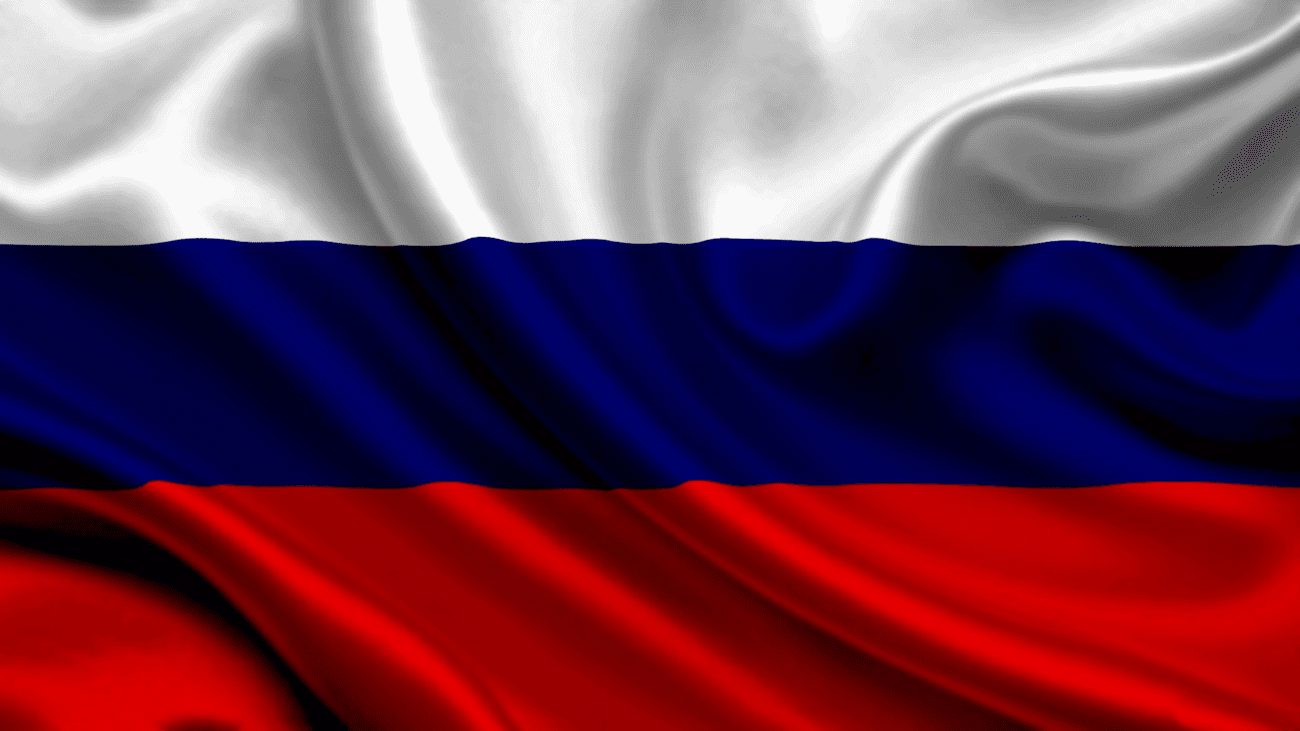 How and when did you first come to enter the gambling affiliate space?

The idea came to me in the summer of 2011. At this point in time I was involved in arbitrage betting. As an arber it is natural to encounter problems with bookmakers, so I needed some form of guide that would provide me with a better understanding of what I should expect from different bookmaking sites. I had noticed that there were already some sites of this nature in England; however, in Russia there was nothing. I therefore decided to fill the gap. My first site was built using a software named Iweb, which came with Mac OS and was free of charge. The quality of this site was really poor, and thanks to Instagram I have pictures to prove it! It was at this point that I decided to improve my understanding of creating sites, learning about SEO and so on. I found out about WordPress, bought a template from Flytonic, and in January 2012 I travelled to London and attended the London Affiliate Conference (LAC).

Before attending the conference I already knew how affiliate programs worked, but my understanding improved whilst at the conference, and I came away knowing much more. I started talking to affiliate managers and it wasn’t long before one of them offered me a fixed deal in addition to a revenue share program. This was something that was particularly encouraging as the site had only around 1,000 visitors per month at this point. In March 2012, I hired a team of writers and we began to create regular content. From here we grew at an average rate of 30% per month for the next year and a half. After that, naturally, our growth of course slowed down, but we are still growing, as a 90% rise in traffic over the last year shows.

Can you tell us more about how the overall business is structured?

Bookmakersrating.ru is the biggest site we have. It has 650K unique users per month. Revenues are around US$1.5 million per year, with a margin of 50%. In 2015 we launched Ukrainian, English and Armenian versions of the site. The company currently employs 72 people, most of whom work from home, although we do have two offices situated in Moscow and Yerevan. We do not outsource anything, everything is made in house. We are also in the process of launching a social network for punters. It is called Socialbet, and is a platform where users will be able to showcase and follow each other’s bets.

Regulation of iGaming in Russia is currently in a state of flux. What is the latest position of the authorities?

Online sports betting is legal in Russia and is something that is regulated. By law, in order to accept bets bookmakers need to be part of a Self-Regulatory Organisation (there are two such organisations). Each SRO has its own processing centre. All bookmakers in a given SRO must accept bets through that SRO’s processing centre. In February 2016 Liga Stavok was the first bookmaker to operate the aforementioned scheme. At the same time this bookmaker did not shut down their offshore site and is continuing to accept online bets on both sites.

How has this regime been received by local stakeholders (i.e. operators and affiliates), and how is it affecting how they go about their business in the market (including vis a vis offshorelicensed sites)?

There have been some differing opinions so far. The majority of operators seemingly prefer not to change anything, and it has become apparent that they will continue to operate offshore for as long as possible. As for affiliates, they are not affected in any way. So far authorities have paid no attention to them and therefore there are no changes where affiliates are concerned.

How do you see this transition to this locally regulated and (highly) taxed regime (i.e. from a mainly offshore, low-tax regime) impacting the online product and offer enjoyed by the online bettors in Russia?

Tax expenses will be factored into the margin of bookmakers. If the only limitation is to block offshore sites, then punters who bet regularly will simply use instruments like VPNs to access those sites. Therefore in order to be effective authorities, governing bodies need to block payments and pursue violators.

How effective are accompanying measures aimed at bringing activity within the regulated and taxed scope of the authorities (i.e. blacklisting and IP blocking) and how could these be improved?

On a monthly basis, usually once or twice a month, authorities block offshore bookmakers. However, before network operators can react, the bookmakers in question are simply able to issue their customers with new addresses, and some are even offering browser plugins and apps that will help them circumvent these blockages.

In an interview with BookmakersRating.ru, the head of the Bookmakers’ SRO argued bookmakers should have more influence over how the RUB60m they are each required to contribute to sporting bodies every year is spent on preventing/minimizing corruption. How open are the channels of communication between stakeholders and the Russian government on important issues such as these?

This change in law is something that is still being developed by the government. So it’s not yet in place. But if the change in law does pass I am confident that some part of that money will be stolen, as is the case with all other funds governed by the state in Russia. And to be honest, the supervision of betting operators won’t help much. After all, who cares what happens to this money once it has been given away? The focus should be on trying to minimise that amount through negotiations with the government.

How important a presence are affiliates in the Russian online gambling market at this time, and what percentage of operator acquisition and/or marketing budgets do they command?

This varies and generally depends on the operator. For example some big names such as Marathonbet and Fonbet don’t actively use affiliates. They say that regardless of where affiliates send the players, they end up at Marathonbet or Fonbet eventually. Personally I don’t believe this to be true. Through our reporting system we can see that players who are referred to William Hill, Parimatch and Winline stay there for a long time.

What is the policy of the leading search engines (i.e. Yandex and Google) towards online gambling in Russia, and how does this affect the types of marketing and acquisition activity you are able to undertake there?

No gambling ads are allowed. So the only way to get traffic from search engines is SEO. We use social networks – Twitter, VK and YouTube – successfully. Facebook isn’t currently something that works for us. Firstly, this is because there are only eight million Russians on Facebook compared to 120 million on VK, and secondly, the edge rank of Facebook kills the opportunity for organic growth. Paid ads in Facebook are just like burning money.

You drive traffic to locally licensed operators (i.e Liga Stavok) and offshore-licensed sites (William Hill) on BookmakersRating. ru. What is the current ratio or percentage split of your business between these types of business?

Which are the leading online operators in Russia for sports betting?

What are the most popular forms of betting, markets and bet types among Russian online players?

What proportion of your traffic is now coming from mobile vs. the desktop, and what challenges does this present you with?

57% comes from desktop with the remaining 43% coming from mobile. Some bookmakers don’t provide tracking for their apps. Some don’t even have mobile sites. For example, William Hill have a mobile site in English, but not in Russian. The conversion rate from clicks to sign-ups for WH therefore suffers as a result. So, it is important for operators to keep up with new technology.

Are there any other specific local requirements or characteristics that companies considering the country’s iGaming market (suppliers and service providers as well as operators) should be aware of?

Well, there is an alternative search engine and an alternative social network – Yandex and VK. Both are good for business. Affiliates can potentially rank better on one search engine than the other. This means they will not be penalised on both engines at the same time, so, basically, there is more ground to play with. VK is also much better than Facebook. It doesn’t mess with a user’s timeline. Essentially the user will only see the stuff that they signed up for. This means we know that all of our 68K subscribers on VK are able to see our content. The users who do not wish to see it will simply unsubscribe.

Finally, what do you see as the biggest immediate challenges ahead for your business and the wider affiliate sector?

The biggest challenge in Russia is the unpredictability of change. Legislation is changed not based on the needs of the industry, but on the needs of certain players. Because experts are not involved, the changes that are introduced do not serve to improve the situation. Sometimes these changes can be harmful even to those who initiated the changes. This is illustrated by the somewhat strange workings of the regulating scheme discussed above. Another challenge is to keep up with technology. Apps are now an integral component of online bookmakers and therefore they are an important tool for affiliates too. As an affiliate it is now essential to have apps. Nowadays it is commonplace for users to substitute sites with apps whenever they can. For example, a competitor – who offers the same content in terms of both style and quality – could easily capture our audience if they were to offer their product in the form of an app before we do.

“Some big names such as Marathonbet and Fonbet don’t actively use affiliates. They say that regardless of where affi liates send players, they end up there eventually. Personally I don’t believe this to be true.”

“Bookmakers need to be part of a Self-Regulatory Organisation and accept bets through that SRO’s processing centre. The majority seemingly prefer not to change anything, and it’s apparent they will continue to operate offshore for as long as possible.”