The trend towards further consolidation in the affiliate sector, led increasingly by a handful of aggressively acquisitive companies, has continued in the second quarter of this year and shows no signs of abating, writes Scott Longley. 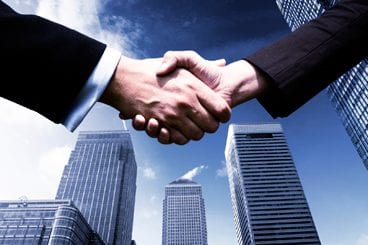 Recent moves include Gaming Innovation Group’s (GIG) biggest deal to date, another buyout involving a central player in the space Catena Media, the recent re-entry of XL Media into gaming-related M&A activity and developments in the retail financial trading space.

The deals as detailed in Figure 1 show that the big four are certainly continuing to build scale in the space, and doing so with some substantial resources dedicated to the task.

GIG’s €11.5m deal for CasinoTopsOnline in March marked the company’s high point to date in terms of the sum laid out, while its smaller €5.7m deal for unnamed German-speaking sites last month was a departure in terms of target territory.

Meanwhile, Catena Media, a huge player in the consolidation process in recent years, added more sites to its roster with the acquisition of Online Media (UK) Ltd which includes sports-betting offerings such as Bets.co.uk, Bonuses.co.uk and iGamble.co.uk.

As iGB Affiliate noted in our last issue, further buyouts from Catena were prefigured by the €100m bond raise in October last year.

Similarly, the other name in the table of acquisitions, Raketech, gave notice that it would be on the M&A path when it said in February it had raised €70m via its own bond issue.

The subsequent deal announced in April for Denmark and Finland-facing BetXpert and Turtle Gaming constitutes the first fruits of that cash raise, and there are likely to be many more to come.

As chief executive Michael Holmberg said previously, the company has an “ambitious acquisition strategy” and it was evaluating 20-plus further deals.

Another new name, but with familiar backers, is Investoo, a start-up retail financial trading information portal which has made two recent acquisitions since the company received $2m of funding at the very end of last year from, among others, investment vehicle Optimizer Invest which is a significant shareholder and backer at both Catena Media and GIG.

Investoo’s chief executive and founder Adam Grunwerg says that the affiliate programmes in the forex and retail financial trading sphere were outdated and that the sector was ripe for consolidation.

“I really can’t think of any other affiliate consolidators out there in this sector,” he says. “There is a lot of opportunity for us to consolidate and that is why Optimizer Invest came on board. It is the same business model as Catena Media.”

Optimizer Invest, owned by the ex-Betsafe founders Henrik Persson, Mikael Riese Harstad, and André Lavold, owns 16% of Catena Media. It also owns the same percentage of GIG, acquired following the deal back in June 2016 which saw GIG acquire all the assets of the jointly Optimizer Invest and GVC-owned Betit brands.

Despite the evidence of multiple involvements in the affiliate space, however, Carla Vella, chief executive of Optimizer Invest denies there is a “grand strategy” being enacted and suggests instead it is simply a “logical one.”

“I think affiliates are working hard to generate quality content that engages prospective customers, and ultimately we want to be part of internet real estate that engages and keeps engaging customers,” she says.

She adds that the affiliate scene remains very fragmented. “I perceive this as an opportunity, as it clearly shows that there is still room for new players to join this space.”

Indeed, these are the deals we hear about and Ben Robinson, co-founder at RB Capital which has brokered a number of M&A deals across the sector, believes the “big four” of Catena Media, Raketech, GIG and XL Media are effectively the tip of the iceberg. “There are certainly other entities that are acquiring businesses at an equally rapid pace although these are deals done under the radar for various reasons,” he says.

Despite the bare evidence from the amounts being announced, Vella claims there in no evidence of the prices for affiliate assets being on the rise. “I think it is competitive but still logical and I can only hope that others in the affiliate acquisition space think in the same way,” she says.

“I can only speak for ourselves when it comes to prices and bids, we follow a very detailed due diligence process and assessment of the case at hand, our offers are not about how much a competitor may be offering.”

The Online Media deal saw Catena stump up £11.7m for a company generating circa £3.6m a year at margins of 75%, representing EBITDA of around £2.7m and meaning the company was bought on a multiple of just over four times operating profit.

Robinson believes the acquiring companies are more than aware that value remains a key determinant. “Acquisitive companies will still be looking for value and won’t pay high multiples for any business that comes along,” he says.

Moreover, there are other factors which will count toward the eventual buyout price which are not necessarily visible from the details released about any of the completed deals.

“Affiliates expecting high multiples need to consider that not all revenue is equal and factors such as how leveraged their acquisition strategy is and which markets large role in determining the sustainability and underlying risk of their business.”

The heightened interest in the affiliate space is highly likely to continue. The cash from the recent bond issues, for instance, has not yet been used up and the appetite would appear to remain undimmed among some of the participants.

Talking about XL Media’s most recent deal for a Romanian sports-betting affiliate, chief executive Ory Weihs noted that despite efforts in the past few years to diversify its earnings streams, gambling remains a key proposition for the company. “Gambling is our biggest vertical and this is a display that we are still very much interested in investing in it,” he told iGaming Business.

“Although this is a smallish deal it shows that even though we’ve acquired assets outside the gambling sector in the last couple of years as well, we’re still very much interested to grow in gambling, especially in regulated markets like Romania, and we expect to make more acquisitions in the future.”

Meanwhile, Vella from Optimizer Invest also indicates that the company believes that the spate of M&A activity within the affiliate space is by no means at an end. “It is a clear sign that companies are thinking about the bigger picture,” she says. “I think we will see even more consolidation of the market in the coming few years.”