Corey Padveen of t2 Marketing International details four tips for marketers to take full advantage of the new structure in the AdWords platform. 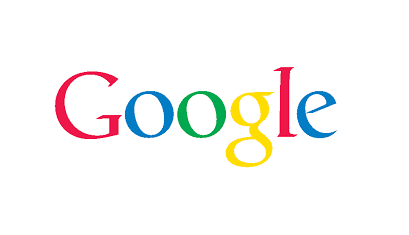 It is estimated that Google updates and changes its algorithm 500-600 times every year. That’s almost two updates per day. Now, while the majority of these changes go largely unnoticed, there are certain major adjustments that come as a result of product updates. Such was the case at the 2016 Google Performance Summit back in May. While Google covered everything from search structure to Analytics, some of the most notable changes came in the form of AdWords updates.
Despite some integrations and tool launches, AdWords has long seemed a fairly stagnant entity. The structure has not changed much, stylistically speaking it hasn’t really evolved and, perhaps most importantly, mobile integrations have been just that: integrations. There did not seem to be the same type of paradigm shift that so many other platforms have experienced with regards to the move to mobile. This year at the Google Performance Summit, it became clear that mobile-first, even with advertising, was no longer simply an option.
With these changes and updates, marketers were left wondering how best to capitalize on the new structure. In the field of gaming and affiliate marketing, that question was even more prominent, as existing restrictions always make the answer a little less clear.
The four tips and best practices outlined here are just a few of the ways that marketers should start taking advantage of the new structure and availability in the Google AdWords platform. That said, it would be a good idea to dig a little deeper into the changes that Google announced at the Performance Summit, as they range anywhere from character limits (which we’ll review) to aesthetic changes (which any seasoned AdWords veteran can get excited about).

Distinguishing your campaigns
One of the most highly anticipated updates that Google announced is the forthcoming ability to segment bidding control on a bydevice basis. What exactly does that mean? With this Google update, you’ll be able to make adjustments to your bids for different device types (e.g. desktop versus tablet) as opposed to focusing only on universal adjustments per keyword (without taking the type of device into account). A good way to understand this is by examining the bid adjustment rules a marketer might apply to a campaign.
Let’s say you want to ensure a top bid for your most competitive keyword, so you assign a bid adjustment automation rule to that keyword whereby you stipulate that you would be willing to make a 10% adjustment (increase) to your bid in order to beat out a competitor with a higher bid than your own. Previously, that used to work only on the keyword level. Now, marketers will be able to make those changes on a keyword and device basis. So how can you take advantage of this?
More than ever, you’ll need to pay close attention to your mobile campaigns. Since they are no longer simply tied to your actions on desktop, they need to be looked at as standalone initiatives that can be adjusted independently. This is beneficial for two reasons. First, on an analytics side, you can dive even deeper into your segmented mobile audience automatically, without having to worry (as much) about certain tags or campaign elements. Second, from a budgetary standpoint, keeping a close eye on these adjustments means that you can save some of your ad dollars by only making adjustments when they are necessary on a specific device as opposed to making universal adjustments (which might be leading to wasted ad spend).

Expanding your text
Another major announcement from Google was the newly expanded text areas in your Google search ads. For the longest time, we’ve been living with the same structure: one 25-character headline, two description lines with a maximum lengths of 35 characters each, and a manually entered display URL. Google’s latest announcement has made it clear that these restrictions are about to change (albeit slightly).
Now, SEOs will have the opportunity to create a 30-character headline, one continuous 80-character description and an automatically extracted domain from your final URL, which ensures the accuracy of what is advertised (see Figure 1).
On its surface, this is fairly good news for Quality Score and SERPs. After all, longer text and Google automation benefits  both of those aspects. But with regards to Quality Score, there is going to have to be quite a bit of work done on your part in order to see your results increase.

Natural language has been a major factor in Google rankings (and products) for some time now. One thing that two, separate and distinct, 35-character descriptors did not provide was a means by which your ad could communicate your message in a natural way. No matter how it was constructed, it would be evident that this was an advert trying to drive you to take a specific action. While there is still a clear  distinction between ads and organic results, the consolidated description allows for marketers to share a more genuine message and call-to-action, without having to rely on 35-character gimmicks. This means understanding what makes your audience tick and turning that into a phrase (of no more than 80 characters, and ideally using all or most of them) which generates clicks to your website.
In terms of Quality Score, the already crucial metric now becomes even more important as the top ad results in your searches now have far more detailed information, which means that anything below those first few spots on desktop and the top spot on mobile becomes (nearly completely) worthless.

Responsive display ads
Finally, Google is taking the necessary steps to create a more natural environment in which to see mobile display ads. This is territory that has been largely lost to Facebook (which, as we all know, is not the friendliest space when it comes to gambling adverts) and Google is making a major change in order to prevent any more ground from being taken over by The Social Network.
Responsive display on mobile devicesmeans that your display ads can now be structured on a very superficial level (headline, URL, etc.) and your creative willadjust to the platform on which it is being
shown. That’s good news for SEOs that are looking to save time, but it also means approaching your display campaigns with the responsive aspects of mobile devices in mind. Images with text or calls-to actionthat appear well in traditional desktop display campaigns might not work on a mobile device. Be sure to take advantage of the testing protocols offered by Google and think about your campaigns in terms of simplicity. A simple, clean display ad on a mobile device might be significantly more powerful and yield more impressive results than a traditional, busier ad, as it might take up the majority of the screen on which it is being seen by your targeted audience member.

Improve your audience targeting
Remarketing has long been a staple of Display campaigns, and the creation of similar audiences as a result of your website visitors has been a powerful tool in expanding the reach of your campaigns, and the impact of your brand on the market. That is now extending to search. Within an AdWords display campaign, options have existed to create audiences via website traffic (for a remarketing campaign) and similar audiences (basedon the tastes and preferences exhibited of your original audience) could be cultivated and targeted with your display campaigns as well. Previously, you had the option of uploading a customer email list for search targeting, but the similar audiences that Google suggested existed were not accessible within your search campaigns. That’s all changing now.
Similar audiences – based largely in user demographics and affinity – can now be created for search, and one of the most interesting associated qualities with this new feature is the fact that these demographics can be individually assessed. What exactly does that mean? Well, aswith your device segmentation, you can now adjust bids and set rules based onqualities such as age and gender in order to reach the most qualified users with the most precise bid possible. Again, this is an ideal upgrade from Google to serve your budget optimization needs.

Conclusion
This is by a wide margin the most comprehensive Google AdWords overhaul in years. There is a lot to look forward to, and virtually every one of these updates benefits the marketer significantly more than previous changes to the system. Budgets now look to have the opportunity  to go a much longer way, and when it comes to the gambling sector, that means lowered CPC and CPA, and with the advanced targeting mechanisms outlined above, a higher click-through rate.