Operators and affiliates are ready for a promised bumper acquisition season, with Euro 2016 and the Olympics after the lack of major betting events last summer. Mike Dodgson provides 10 tips to make the most of it. 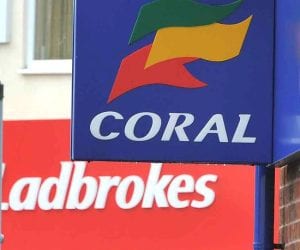 It’s the time of the year that most people involved within sports betting usually dread – the end of the football season and the prospect of a summer sitting around whiling away the hours waiting for another season to come around. But not this summer. It’s one of those glorious years where not only is there an international football tournament, it’s also an Olympic year. So, not only do we get to watch top class sporting entertainment around-the-clock, there’s also the possibility for acquiring new customers at doubles or even trebles if you play your cards right. Throw the Copa America and Wimbledon into the mix, and we’ve got ourselves a feast fit for a king. So, as long as England don’t leave the party early then everyone should be a winner. To help you push out and capitalise on a bumper 2016 summer, we’ve provided ten top tips to help you succeed:

1. Back the Home Nations:

In normal circumstances, you would consider this to be an obvious and almost lazy tactic to employ in terms of ‘Backing England All The Way’. However, this Euro 2016 is a little bit different, as there are four teams from the Home Nations battling it out in France, with England, Wales, the Republic of Ireland and Northern Ireland. So, if you’re a UK-facing affiliate, this should be your go-to strategy, and planning for every eventuality is your key. What we know for certain from previous tournaments is that the further England progress, the bigger the spike in traffic, and it is safe to think this would be the case for the other Home Nation teams too (albeit to maybe a slightly lesser extent).

You might think this stands in contradiction to the previous point, but it’s important to try and stand out with your offers, markets and creative. Don’t be afraid to try different things to get noticed, and if you’re advertising early enough to get some significant data, you should be in good shape after the first few games of the tournament to make solid decisions. Whilst your key strategy should be in place, also look to go against the grain with mobile, video, and even some cheeky messaging for cut-through.

According to The Telegraph in 2012, Ladbrokes turned over close to £80m in the two-week period during the London Olympics four years ago, compared to just £4m during the 2008 Games in Beijing. While that may prove somewhat of a red herring due to the absolutely unprecedented buzz around London and the UK at that time, one event you can always bank on being popular is the 100-metre final, especially if Usain Bolt is expected to be present.

4. Look out for the underdogs:

If this season in the English Premier League has taught us anything, it’s that the favourites aren’t always the bankers to take home the title. Never has this been more the case in international football. Take a look around the group stages and figure out where the value is for your customer. Who would have thought Costa Rica would have made the quarter-finals in Brazil 2014? There’s bound to be a surprise in the offing this year, so use the Leicester City approach and test your value-for-money offers.

the Copa America runs from June 3–26, and will be held in the United States. There’s sure to be some mouthwatering ties, and with the action starting a full seven days before Euro 2016, it’s a great time to test out some new material for those ‘hung-over’ from the end of the domestic league season, and just days after the Champions League Final. As with the previous point, look for where the value is for your customer, and be committed. Make sure you’re up to date with the scores and scenarios, and if nothing else, it’s an excuse to stay up late to watch football!

This is probably the most important point of them all – get prepared for a tidal wave of sport with your creative and ad copy. Map out scenarios in your head and where possible, get ready for every eventuality. If you’re doing paid search, then setting up ad copy on the fly is relatively straightforward. However, for display media you’re going to have to map out what you need well in advance. So, make a list of the events or sports you are going to target and start to check them off. One of the best ways to quickly change display creative is to use dynamic text insertion in HTML5 banners. This wayyou’ll never have an excuse to not promote a game or major final.

If you’re doing paid search on Google or Bing, you’ll probably have a good idea of what converts for you right now. If you’re not and you’re planning to test this channel during the summer, then it’s important to understand what you want to achieve. There will be huge competition in the UK market once the Euro 2016 tournament starts, and CPCs will rocket from the first whistle. So, if you’re going to get involved, you will need a solid plan. Ask yourself some questions. What keywords will I bid on? How much budget can I afford? What is a realistic cost-per-acquisition? Additionally, you’ll probably figure out soon enough that 80% of your direct conversions come from 20% of your keywords. So, unless you’ve invested in a top-notch attribution platform, strip out the deadwood and concentrate on pure conversions.

If you have been thinking about testing new marketing channels, then this would be the time to do it, as conversion rates will be at one of their highest points during the year, in particular during Euro 2016. What’s more, don’t go for the obvious; check out promoting some top-scorer markets, or something more obscure like diver Tom Daley scoring a gold medal. There will be no better time to get some valuable data about your business and your customers than over the next three months, so strike while the iron is hot!

Whilst you’re buzzing around trying to figure out the latest offer for England before they ceremoniously get dumped out of the tournament, don’t forget about promoting Wimbledon and Ascot during June. Sure, it’s not going to be up there for traffic and conversion volume by comparison, but it’s always good to be prepared.

10. Get ready for the Premier League season:

As with the previous point, be prepared for the start of the new football season, as this is most likely to be where your bread and butter lies. Get ready with outright winners and the regular mayhem building up to the first weekend.

Preparation is key for a successful year this summer. Review your objectives carefully, understand where your priorities lie, and know what you would most like to get out of your campaigns. The greatest thing about sport is the unpredictability, which is why we love it so much. So, get ready for the unexpected, and be nimble when the time comes.