BETR has announced the creation of their BETR Affiliate programme based on the blockchain, the first of its kind in the industry. 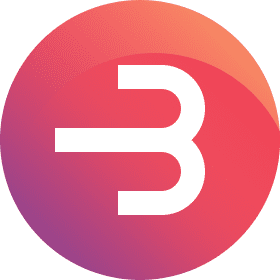 BETR has announced the creation of their BETR Affiliate programme based on the blockchain, the first of its kind in the industry.

A new version of BETR’s smart contracts has just been released making improvements and additions to the system – a decentralised sports betting marketplace using the BETR token.

One of the most noteworthy enhancements is the introduction of BETR Affiliates. The core logic added to the smart contract has made it possible to tag BETR wallets introduced by affiliates which enables affiliate commissions to be paid instantly from the layer wallet.

This affiliate model is quite different from others in the industry in that the commission is calculated from every losing bet – so when a bettor loses a bet a percentage of the bettor’s losses are automatically paid by the smart contract from the layer to the affiliate’s wallet.

BETR layers’ affiliate commission is initially set to 1.5% which equates to approximately 20% of Gross Gaming Revenue (GGR) depending on the margin of the bets. BETR feels this is a more profitable model than the classic GGR rev share affiliate model.

There is no negative exposure to winning bets and, more significantly, the layer pay-out is instantaneous on settlement of a bet rather than at month end.

There is also no negative carry-over as with traditional affiliate programmes. Each wallet introduced by an affiliate is tagged on Ethereum and cannot be de-tagged or changed in the future. This new development will encourage usage of the BETR token through BETR affiliates, driving liquidity of the BETR token.

BETR CEO Adriaan Brink commented, “Affiliate marketing is vital for any growing business.  We need to drive user numbers and we believe the unique BETR Affiliate model will attract affiliates from across the industry and ultimately increase the player base.

As well as the added affiliate logic, the optimisation of the new smart contracts has contributed to the lowering of ETH gas costs on transactions by up to a third. It also allows support for virtual sports and other game providers as well as support for rule 4 and dead heats in horseracing.