Differing state-by-state regulations in the US might seem confusing to many affiliates hoping to enter the newly regulating market. RICHARD SCHUETZ shares his perspective on how the early days of American gaming regulation have shaped where the industry finds itself today, and offers a warning or two for affiliates about what to expect in the coming years 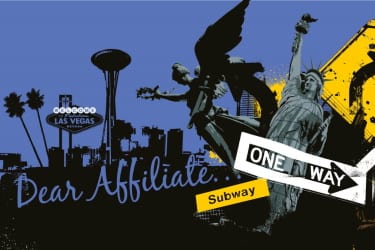 A BRIEF HISTORY OF CALIFORNIAN IGAMING

As the California legislature began contemplating expanding gaming in the state to include internet delivery systems, a mass of visitors began arriving from Europe to California. These visitors had something to gain if the state legalised ipoker and/or igaming and most of them found their way to my office, or caught up with me at one of the gaming conferences. These visitors were always quite nice, offering me gifts, trinkets and things – and inviting me to dine with them and become their new best buddy. I would explain to them as well as I could what I imagined the regulatory and legislative model would look like in California and they were generally very polite and understanding. There was some tension that came up from time to time with a few of the companies when we discussed the potential issue of bad actors, but generally everyone worked to not annoy Richard from California. There was one group that was not always as polite and they were the affiliates. At least, they were not always as polite when I explained to them that my vision was they would need to undergo extensive background checks to participate in any future industry within California. They did not like that idea at all and quickly explained to me that this was not how it was done. I thanked them for telling me how it was done, and then wandered off thinking what a curious group of people these visiting affiliates were. Well, the whole ipoker and igaming effort died a miserable death in California, once the lawyers, lobbyists and legislators had sucked up an untold amount of cash, and I went back to being Just Richard.

Fast-forward to the present and it seems that this whole debate about licensing for the affiliates in the different states of the US is still not resolved. Each state appears to have a different twist on just what the licensing needs are for affiliates. Furthermore, regardless of what the state says, the affiliates are not attracting too much attention because the US regulators are basically overwhelmed trying to stand up a bunch of new gaming verticals about which they are not overly fluent. The last thing they want is to be distracted by some marketing agents that they fundamentally do not understand. One wants to appreciate that affiliates per se were not a component of the brick and mortar model that basically defines the gaming history of the United States and so they are not well understood, both from the standpoint of what they do, and how they can misbehave. Finally, the legislators, regulators and operators have all been a bit distracted by the pandemic and that has allowed for a bit of an extended unsupervised play-day for the affiliates and others in the igaming and sports wagering space in the US.

GAMING IN THE US: HOW DID IT ALL BEGIN?

From time to time I have made an effort to explain to different affiliates the essence of the US model, but they seemed to have little time for such a discussion of this misguided Yank way of doing things. I then contacted my friends at Clarion Gaming asking for the opportunity to explain the evolution and character of US gaming regulation to the affiliate folks so that they might understand the underlying regulatory system that has existed in the US. I thought if they were to understand the origin and evolution of the US model, it would allow them to better appreciate why we are so obsessed with suitability. Nevada was the first state in the US to offer legal casino gaming in the modern era and it was also where the seeds of the modern US regulatory system were sown. The legal casino industry opened up in Nevada in 1931 with essentially no regulation, and this lack of regulation became something of an issue in the mid-1950s. During this time, casinos began to develop in the southern reaches of Nevada. It was also the case that many people were suggesting that some of the casino developers in the southern part of the state were, shall we say… mobsters. This perception was causing the state problems with the federal government, and discussions were taking place at the federal level suggesting the industry should be taxed or otherwise legislated out of existence.

THE EMERGENCE OF SUITABILITY

The attention the industry was generating from the federal government was considered to be a very real threat to the economic development of Nevada, and so the state then made an effort to construct a regulatory agency to oversee the industry. One of the most important functions of that agency was to ensure the casino operators were not members of organised crime, or had not in some other way proven themselves to be inappropriate to be associated with casinos. This introduced what has long been a cornerstone of the US regulatory model, and that is the ‘suitability investigation’ of the people who are going to be involved in the industry. I would suggest this heightened scrutiny of the people entering into the industry worked, by and large. By using a model of performing background checks on people and institutions to ensure they possessed high levels of character, honesty and integrity, the industry not only survived the federal government’s attacks but grew within the state of Nevada to the point where it became suitable for export – and this model was in fact exported across the United States. This expansion and exportation would not have been possible had Nevada not cleaned the industry up – and Nevada cleaned it up through suitability checks as part of regulatory process. The point is, the Nevada regulatory apparatus was basically assembled to counter a threat, and the threat was that the federal government was dead set on attacking the industry, for the federal government believed the people involved in operating casinos were flawed and inappropriate. Nevada fought back against this threat by aggressively screening the people who wanted to be involved in the business. Using today’s language, what Nevada was doing was developing a regulatory process to make the industry sustainable, and it achieved this goal by developing a fairly serious effort to take a deep dive into the backgrounds and behaviours of the industrial participants. So, my affiliate friends, these are the historical roots as to why some of us in the US think that people who work closely with the industry should be subjected to suitability checks. It all has to do with keeping inappropriate people from damaging the industry’s brand and thereby adversely affecting its sustainability.

I would also suggest there is probably going to be a day of reckoning for the affiliate folks doing business in the US in the not too distant future. I would guess in the US that this whole suitability thing will become a part of the affiliate reality and, as an aside, it may not be a bad thing. Regulation makes a very good moat – if you are on the inside of that moat. More importantly, however, the whole insane backlash against gaming that has been taking place on your side of the pond is probably nothing more than a dress rehearsal for what you can anticipate over here. There are presently lots of cowboys running about the US, and as fun as this is to watch, there may be a hammer coming down. The UK and EU do not have a monopoly on politicians who love to get in front of a microphone and demonise the industry, nor regulators who will want to avoid scorn. Like I said, the UK is probably but a dress rehearsal for what we will be experiencing in the United States, especially seeing first-hand the insanity of the early igaming and sports betting rollouts in the states. Moreover, the model that makes the operators responsible for keeping the affiliates within the lines is not one the US operators will want to embrace for long, especially if it results in lectures and scolding at regulatory meetings. Or worse still, lectures and scolding at regulatory meetings followed by fines. The smart US operators will want to do everything possible to minimise the regulatory risk they are subjected to from associating with an affiliate, so they will not want to be babysitting a bunch of these folks. Plus, the operators are busy screwing things up by themselves without having to rely on the affiliates for help. They would much prefer the regulators take on the affiliate supervision project directly.

A WORD TO THE WISE FROM ST. AMBROSE

The affiliate is the face of the industry to many gaming consumers and neither the legislators, regulators or operators in the US are going to want to watch as the cowboy cult of the affiliate sector damages the brand of the industry, or involve themselves in actions or activities that bring heat on the regulators. There is a bit of a safe period right now, brought on by the newness of it all, the pandemic, and the fact the regulators and politicians are all a bit buried. But this safe period will end. This will also be exacerbated by what I see as a heightened push to affect a much greater emphasis on problem gambling in the US, and the affiliates will attract a great deal of unwanted attention if they are pitching products to people who have requested they not be pitched. It was St. Ambrose who suggested many years ago: “When in Rome, do as the Romans do.” To the affiliates, when it comes to the US market, I would make St. Ambrose your patron saint. Prepare for the worst, and prepare yourselves to be subjected to a potentially deep-dive suitability investigation. And, if you are doing something presently that may be problematic in such an investigation, well… stop doing it. It will be better for all of us and will really help the industry with that whole sustainability thing. Oh, and if anyone asks where you got this insight, tell them it was from Just Richard, who is no longer from California. RICHARD SCHUETZ is the CEO of Schuetz, LLC, a gaming and regulatory consulting firm. He started dealing cards and dice as a college student in 1972 and worked his way up to become president and CEO of a Las Vegas casino company. Schuetz has submitted gaming licence applications in over 120 jurisdictions around the world and served as a commissioner to the California Gambling Control Commission and was the Executive Director the Bermuda Gaming Control Commission. He has also taught casino management & regulation at several foreign and US Universities, and has published numerous articles on regulation and other topics.