With Better Collective now hoping to hit annual revenues of €160m in 2021, consolidation continues to be a huge theme for an affiliate sector hemmed in by further regulation of the gambling space, writes SCOTT LONGLEY 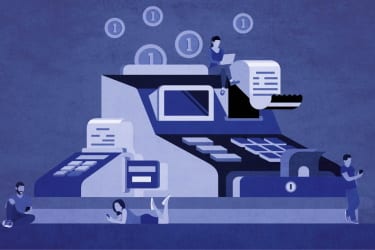 There has long been an air of inevitability about Better Collective’s rise to the top of the tree in the affiliate space. Formed in 2004, the company progressed to a float on the Nasdaq Stockholm exchange in 2018, at which point in the company’s development it was on course for annual revenues of €40.5m. Fast forward to the end of 2020 – a tumultuous year for all – and the company was very close to hitting that number in the last quarter alone. In fact, the total of €36.7m for the last three months of 2020 smashed all previous revenue records in the listed affiliate sector by some distance. It far exceeded the previous highest quarterly revenue number, as tracked by Affiliate Monitor, which came from Catena Media in the second quarter of last year, when it hit €27.8m. Like its rival, Better Collective has reached the top largely off the back of M&A. In its fourth quarter presentation, the company spoke about the 20 acquisitions it had completed since 2017, worth approximately €80m. This included deals last year for HTLV.org in the esports space, as well as smaller deals for IrishRacing.com and Polish market-facing Zagranie. But it was the deal for the Atemi Group that best symbolised Better Collective’s clear ambitions. The €44m buyout announced in October 2020 not only took Better Collective to the top of the market – adding to both top-line revenue and the new depositing customers tally – but it also established the company as a leader in the paid media arena. The initial fruits of the deal were evident in the fourth quarter as revenues rose 88% year-on-year to €37m. Similarly, in January, the company disclosed that revenues were up 78% year-on-year to €13m. This puts it firmly on track to establish another sectoral record revenue total for the first quarter. In fact, the new financial targets unveiled in the fourth quarter presentation showed the company is hopeful of hitting annual revenues of more than €160m for the year. With the sporting calendar in its favour – the delayed European Championships will take place this summer – no one would bet against the company comfortably exceeding that target.

The significance of these numbers can’t be overstated. Yes, the affiliate space remains hugely fragmented and in the lower echelons there does indeed remain a swarm of smaller players. But consolidation continues to be a huge theme even as the affiliate space is more clearly hemmed in by the effect of the further regulation of the gambling space generally. “The more you look at M&A, the more it is clear the affiliate industry is moving towards this regulated business,” says Ben Robinson, partner at boutique investment and M&A consultancy RB Capital. “The bigger players are not interested in any of the grey stuff.” The twin forces of regulation and consolidation make it harder for smaller players to survive and thrive – and make the offers from the acquisitive big fish, should they come knocking, all that much harder to refuse. Hence, the process of further consolidation generates its own momentum. Even as the latest Affiliate Monitor, from which this extract is taken, was going to press, XLMedia announced a $26m deal to buy the assets of US-facing Sport Betting Dime. Perhaps the busiest company in the listed gambling affiliates sector in the past few months, though, has been Acroud, which snapped up three companies in January for a total cost of €2.4m in cash plus a potential earnout. But the detail of what Acroud bought is perhaps more informative than the buyout sums involved. One acquisition, Matching Visions, was an affiliate network, but Traffic Grid is a performance marketing company and Voonis is a service provider. In other words, the deal seems more about infrastructure than immediately adding revenues and NDCs. To compete, adding numbers has to be matched by capability. Progress is as yet hard to discern in Acroud’s results, but clearly chief executive Robert Andersson sees buyout activity as the way to advance Acroud’s claims to be in the top bracket of potential consolidators. “This is another important piece of the puzzle in the implementation of Acroud’s strategy to become a fast-growing global challenger in digital comparison and news services,” he said.

LATE TO THE PARTY

Acroud would also like to have added another deal to that list. However, in late February, it said it was withdrawing from one potential acquisition that had been the subject of a previously announced letter of intent. The deal was related to a US-facing affiliate acquisition, which would have given the company an enhanced footprint in the state-by-state market there. That potential deal was announced in the same month as a further US acquisition, which did go through. “The rationale behind the withdrawal is a combination of higher transaction risk than anticipated and increased momentum for our current assets,” Acroud said. It points to an issue that arises when anyone seeks to pursue a growth-through-acquisition strategy – it relies upon the other side of the deal also enjoying the benefits. “We saw a series of acquisitions a couple of years ago with plenty of consolidation taking place as larger affiliates snapped up smaller operations,” says Joonas Karhu, chief business officer at Bojoko. “This was because smaller affiliates were happy to enjoy a quick pay day but in return accepted low valuation multipliers for their businesses.” However, times have changed. “M&A activity has certainly calmed down over the past 12 months and I think some of this is because these smaller affiliate companies have matured over that time, are now bigger and are less willing to accept low valuations for their businesses,” Karhu adds. “When valuation multipliers become more aligned with those in other industries, I think we will see another wave of acquisition activity wash over the sector.” This is an extract from the April edition of iGB’s Affiliate Monitor. The full report is available to download here.